Gaslighting: A form of abuse and manipulation used by sinister cyberstalkers 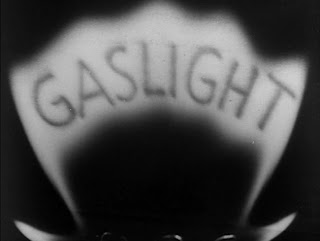 Gaslighting is a sophisticated manipulation tactic which certain types of personalities use to create doubt in the minds of others. It is sometimes used (whether consciously or unconsciously) as means of control and manipulation by stalkers and in particularly by cyberstalkers.

Gaslighting is defined by Wikipedia as:


A form of psychological abuse in which false information is presented with the intent of making a victim doubt his or her own memory and perception. It may simply be the denial by an abuser that previous abusive incidents ever occurred, or it could be the staging of bizarre events by the abuser with the intention of disorienting the victim.

The term "gaslighting" comes from the play Gas Light and its film adaptations. In those works a man uses a variety of tricks to convince his wife that she is crazy, so that she won't be believed when she reports strange things that are genuinely occurring, including the dimming of the gas lights in the house (which happens when her husband turns on the normally unused gas lamps in the attic to conduct clandestine activities there).

The term is now also used in clinical and research literature 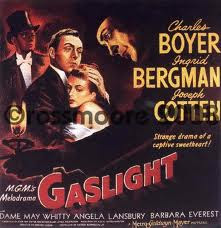 Spatial stalkers can and do use gaslighting as a means of mind control and abuse of their victims (for example constantly stealing or moving items belonging to their victim), however the use of gaslighting by a spatial stalker often involves risk (of discovery). However as with many other tactics deployed by cyberstalkers, gaslighting can be employed with relatively little risk of detection or detainment by the perpetrator.

Gaslighting is a tool of intimidation and extreme harassment used to ill-effect by the most sinister of cyberstalkers and internet trolls.

Whilst gaslighting has been acknowledged as a form of abuse, manipulation and harassment for many years, it has only recently been acknowledged as a particularly sinister form of abuse in incidences of cyberstalking. Generally speaking, in order for gaslighting to occur within the context of a campaign of cyberstalking, the campaign will have been a prolonged one. Whilst there is not a great deal of detailed research available on gaslighting, anecdotally it is quite clear that is becoming a preferred tool for particularly sinister, controlling and manipulative stalkers and cyberstalkers.

The use of gaslighting indicates extreme sociopathic behaviour.

In simple terms, it is beyond the average person's ability to conceive the use of such sinister, manipulative and abusive tactics.

In extreme cases of gaslighting by a cyberstalker, the perpetrator will actually write publicly (for example on Twitter) "predicting" what the victim will do next - then following this up with further "confirmatory" writing, once their "prediction" has become reality.


Gaslighting is just one of the many weapons in the arsenal of personalities hell-bent on having their way, even if it means doing so by subtle and covert means of conning others. One of the most important points I make in all my articles, books, and other writings about the narcissistic and most especially, the aggressive personalities, is that they will do whatever it takes to secure and maintain a position of advantage over others. And some of the most effective means at their disposal are tactics that conceal their malevolent intent while simultaneously prompting their “target” to accede to their desires.Dr George Simon, PhD 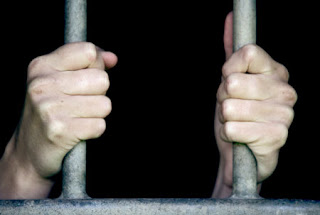 A full downloadable copy of the movie Gaslighting is available courtesy of The National Film Archive
http://archive.org/details/Gaslight_1940

How do you know if you are being gaslighted?

The following (albeit non-exhaustive) are common signs of gaslighting. If you are a victim of spatial stalking or cyberstalking and answer "yes" to several of the following, seek the opinion in the first instance of a trusted friend, confidant or counsellor. Thereafter consider seeking medical and legal advice: 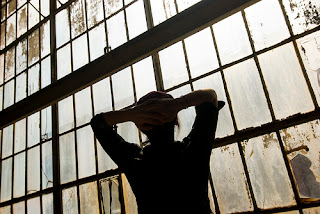 Gaslighting as a Manipulation Tactic: What It Is, Who Does It, And Why [By Dr George Simon, Ph.D.]

Are You Being Gaslighted | Psychology Today 19 May 2009

The Gaslight Effect: How to Spot and Survive the Hidden Manipulation Others Use to Control Your Life [Dr. Robin Stern]

Gaslighting, the Double Whammy, Interrogation and Other Methods of Covert Control in Psychotherapy and Analysis [Theodore L. Dorpat]


I trust that this post proves helpful to some of you.

As always, please feel free to contact me for more information and assistance either below or via www.andrewsteelesmith.com

Andie Steele-Smith
Posted by Unknown at 13:49