So what is Harassment? 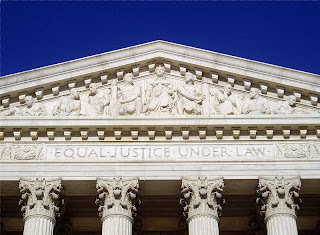 The Definition of Harassment

The word is based in English since circa 1618 as loan word from the French (word) harassment, which was in turn already attested in 1572 meaning torment, annoyance, bother, trouble [1] and later as of 1609 was also referred to the condition of being exhausted, overtired.[2][3] Of the French verb harasser itself there are the first records in a Latin to French translation of 1527 of Thucydides’ History of the war that was between the Peloponnesians and the Athenians both in the countries of the Greeks and the Romans and the neighbouring places where the translator writes harasser allegedly meaning harceler (to exhaust the enemy by repeated raids)

What is interesting, is that the English, French, Green and Roman etymology of the word "harassment" is one that any victim of stalking or cyberstalking (ipso facto, a victim of harassment) will understand intimately: 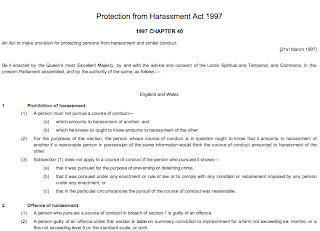 (1) A person must not pursue a course of conduct:

(a) which amounts to harassment of another; and

(b) which he knows or ought to know amounts to harassment of the other.

Further, "course of conduct" is defined by the Act as:

Section 7 - Interpretation of this group of sections:

(3) A “course of conduct” must involve conduct on at least two occasions.

So in simple terms, harassment can be defined in the UK context as:

So what is Cyberstalking?

So what is Stalking?

The Most Common Methods Employed by Cyberstalkers