So What is Stalking? 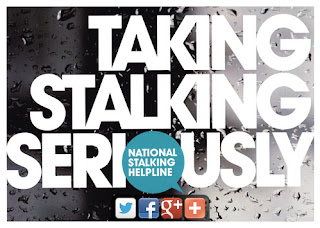 Stalking is a centuries-old behaviour.

However as a specific crime and a damaging social plague, it is relatively newly acknowledged and thus often misunderstood.

The misunderstanding and “misdiagnosis” of stalking by the Criminal Justice System all too often ends in tragic circumstances.

Stalking comes in many forms however its two most readily defined forms are: traditional or spatial stalking; and cyberstalking - otherwise known as digital-stalking. 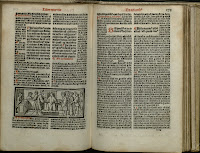 The oldest known legal reference to stalking is found in the 4th book of the Ancient Roman legal tome, Institutes of Justinianus written in approximately 550 AD. This states:

“It is prohibited to inflict injury or cause hindrance by following a married woman, boy, or girl”.

Periodically since this time, stalking (or various other terms that describe the stalking phenomenon) have been used as the literary focus by authors including William Shakespeare.

More recently, it formed the story line focus of A Long Fatal Love Chase (1866) by Louisa Mae Allcott, the author of the classic novel Little Women.

More recently still, stalking has gained some level of popular understanding from the erotomania fuelled stalking and assassination of John Lennon in 1980 by Mark David Chapman

As The Law and 'Social Problems:' The Case of Britain's Protection from Harassment Act 1997 says:


Pursuit of one person by another is probably as old as human relationships, and it has been the subject of a great deal of high art (for instances see Alleghieri 1960, Proust, 1996 and Alcott, 1995).
Only in the late twentieth century, however, has obsessive pursuit become recognised as a serious problem that the law might address.

The change began in the United States, with the cases of celebrities such as John Lennon and Jodie Foster. The Los Angeles killing in 1989 of the actress Rebecca Schaeffer by Robert Bardo led to the first anti-stalking law being passed by the California State legislature in 1990. By 1994 almost all of the remaining American states and the Federal Government had followed California's lead and passed legislation. Similarly, legislation had been adopted in several other countries including Canada and Australia.


Academic research, Police and Criminal Justice System statistics, the press and stalking and crime prevention charities are unanimous in their view that the incidence of stalking and most particularly cyber-stalking is growing at an alarming rate.

Anecdotally it would appear that this is largely due to escalating social issues and the reliance on, access to and preponderance of technology, mobile devices, social media and social networking. 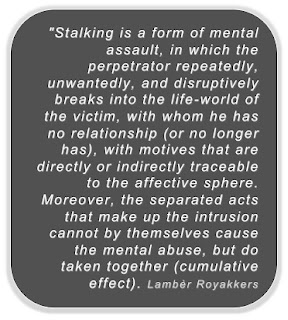 So, what is stalking?

The Oxford Dictionary describes stalking as [the act of]:

Wikipedia defines stalking as follows:
Stalking can be defined as the willful and repeated following, watching and/or harassing of another person. Unlike other crimes, which usually involve one act, stalking is a series of actions that occur over a period of time. Although stalking is illegal, some of the actions that can contribute to stalking are initially legal, such as gathering information, calling someone on the phone, sending gifts, emailing or instant messaging. They become illegal when they breach the legal definition of harassment e.g. an action such as sending a text is not usually illegal, but is illegal when frequently repeated to an unwilling recipient. In fact United Kingdom law states the incident only has to happen twice when the stalker should be aware their behavior is unacceptable e.g. two phone calls to a stranger, two gifts following the victim then phoning them etc. However, the victim may feel they have been the victim of a stalking after one incident e.g. being followed home.[6]

Stalking can take many and varied forms inclusive of:

The Typical Elements of Stalking

In the UK there are various laws in place to tackle the growing problems of stalking and cyberstalking.
Currently these include: 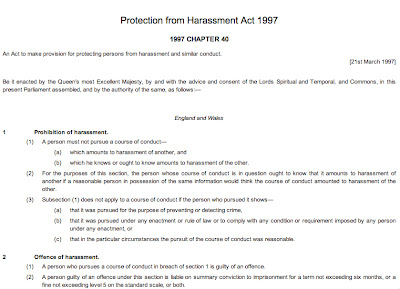 Groundbreaking new legislation in the UK making stalking a specific crime will come into law later this calendar year. This legislation, called the Protection of Freedoms Act 2012 will hopefully enable the UK Criminal Justice System to catch up with other jurisdictions such as the United States, particularly in respect of recognising and prosecuting stalking as a specific crime.

The Protection of Freedoms Act 2012 forms the subject of a separate post which will be published here shortly.

Whilst anecdotally it would appear to be an effect rather than a cause of stalking and cyberstalking, elements of each can include targetting of the victim on the basis of his or her perceived membership in a certain social group - whether defined by racial group, religion, sexual orientation, disability, class, ethnicity, nationality, age, sex, or gender identity. This particular form of harassment is defined by law as a Hate Crime.

Hate Crime is defined in Wikipedia as "generally referring to criminal acts that are seen to have been motivated by bias against one or more of the types above [racial group, religion, sexual orientation, disability, class, ethnicity, nationality, age, sex, or gender identity], or of their derivatives. Incidents may involve physical assault, damage to property, bullying, harassment, verbal abuse or insults, or offensive graffiti or letters (hate mail)".

The Protection from Harassment Act:

Legal Q&A on the Protection from Harassment Act 1997

The Law and 'Social Problems:' The Case of Britain's Protection from Harassment Act 1997 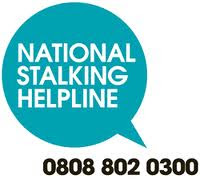 Digital Stalking: A Guide to Technology Risks for Victims

The Network for Surviving Stalking (NSS)